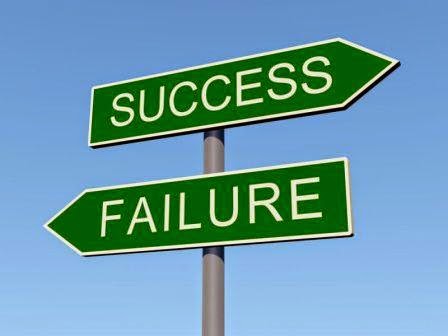 I read an  article from the Business Insider by Jeff Hayden, INC. that I thought you might enjoy reading. It makes allot of sense and I think we overlook at times. Let me know what you think.....

1. They never let the past> dictate their future.

We all have limitations. We all have challenges. We all make mistakes. The key is to not be constrained by those things but to learn from them.
Easier said than done? It all depends on your perspective. Take mistakes: When something goes wrong, turn it into an opportunity to learn something you didn't know — especially about yourself. (And when something goes wrong for someone else, turn it into an opportunity to be gracious and forgiving.)
Where you've been, what you've done — everything in the past is just training.
Remarkably successful people believe their past should inform them but should never define them.

It's hard to resist the inside scoop. Finding out the reasons behind someone's decisions, the motivations behind someone's actions, the skinny behind someone's hidden agenda — much less whether Hugo is really dating Jeanette in accounting — those conversations are hard to resist.
Unfortunately, the person who gossips about other people is also gossiping about you. And suddenly gossip isn't so much fun.
The next time you're tempted to talk about another person, think about whether you would say what you're about to say to that person.
And the next time someone starts to talk about someone else, excuse yourself and walk away. Don't worry that you'll lose a gossiper's respect; anyone willing to gossip doesn't respect other people anyway.
When remarkably successful people want to share the inside scoop, they just speak openly about their own thoughts and feelings. That way they're not gossiping. They're just being genuine.

Refusing a request from colleagues, customers, or even friends is really hard. But rarely does saying no go over as badly as you expect. Most people will understand, and if they don't, should you care too much about what they think?
When you say no, you only feel bad for a few moments. When you agree to something you really don't want to do, you may feel bad for a long time — or at least as long as it takes you to do what you didn't want to do in the first place.
Remarkably successful people practice saying no. They've gotten really good at saying no. They know that lets them focus on doing what they really need to do: for themselves and for other people.

When you interrupt someone, what you're really saying is, "I'm not thinking about what you are saying. I'm thinking about what I want to say ... and what I want to say is so important you need to hear it now."
Want better professional relationships? Want better personal relationships? Listen, truly listen, to what other people say. Then ask questions to make sure you understand.
Remarkably successful people already know what they think — they want to learn from what everyone else thinks.


Successful people make it a priority to be on time.

5. They're never late (without an incredibly good reason).

I know. You're overwhelmed. So you're always running behind. It stresses you out like crazy.
And it makes other people resent you like crazy. Whenever you're late, other people rightly assume you feel your time is more important than theirs. (Which, of course, kills your chance of building an outstanding personal or professional relationship.)
Although you may believe you can't help it, being late is a choice. You allow yourself to be late.
Remarkably successful people start the day a little day earlier. They arrive early to their first scheduled event. They don't worry that they'll waste time — they plan ahead and bring along whatever they need to use any "early" time to get a few simple things done.
Then they feel a lot less stressed and as a result are more insightful, more creative, more decisive, and simply more "on" in everything they do.

Take it from Nelson Mandela: "Resentment is like drinking poison and then hoping it will kill your enemies."
The same holds for bitterness. And jealousy. And dislike.
When you hold on to ill will, the only person who loses is you.
Remarkably successful people put all that emotional energy into focusing not on what others have done but on what they themselves will do.


7. They never decide they don't have the time.

Everyone knows someone who just seems to get a lot more done than other people. It's the craziest thing. How do these folks do it? They must have no life, right?
Actually they have a great life: They've figured out what is important to them and they're making it happen.
Figure out what's important to you. Strip away all the stuff that isn't. Then make it happen.
We're all given the same amount of time. The only difference is how we use our time.
Remarkably successful people use their time.

Though entire industries are based on making us think otherwise, no one actually likes us for the clothes we wear, the car we drive, or the house we live in. No one likes us for our titles, either.
Those are all "things," and while other people may in fact like our "things," that doesn't mean they like you. (And even if they do, that doesn't mean you like yourself.)
Remarkably successful people have decided to simply be who they are. By not trying to fit in or make an artificial impression they know they might lose a bunch of acquaintances, but they know they'll also gain a few real friends.


9. They're never afraid to do the things that matter.

"The only thing we have to fear is fear itself," is true, but in some ways a better quote might be, "The only thing we have to fear is ourselves."
Why? We're all afraid. We're scared of what might or might not happen. We're scared of what we can't change. We're scared of what we won't be able to do. We're scared of how others might perceive us.
And that makes us hesitate, wait for the right moment, decide we need to think a little longer or do some more research or explore a few more alternatives, and days, weeks, months, and even years pass us by.
And so do our dreams.
Don't let your fears hold you back. Whatever you've been planning, whatever you've imagined, whatever you've dreamed of, get started on it today. If you want to start a business, take the first step. If you want to change careers, take the first step. If you want to expand or enter a new market or design new products or services, take the first step.
Remarkably successful people put their fears aside and get started. They do something. They do anything.
Remarkably successful people are often afraid, but they're most afraid of looking back and thinking, "If only I had ..."
Don't look back and think, "If only I had ..."


www.tanyourhideinoceanside.com
at January 25, 2015
Email ThisBlogThis!Share to TwitterShare to FacebookShare to Pinterest