Is It Time To Rent Your Home?

As a homeowner, you may be considering moving up to a larger home or a home in a different area. If you've built enough equity, it's a good time to sell because you can cover closing costs when you sell and have enough to put down on another home. But you might want to consider renting your home instead. 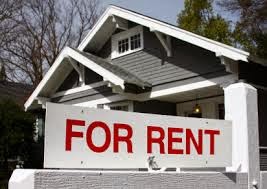 There are several reasons why renting a home you already own is a good idea. You used leverage to buy it, and you can also use that same leverage to get into another home while retaining an asset that's already building equity.
You may have more of a market for your home than you may think. Buyer demographics have changed a lot since the beginning of the housing recovery. Investors have decreased and first-time buyers have increased. Both targeted affordable homes at the entry level or>
distressed homes that could be purchased at bargain prices.
The result is that inventories of homes have shrunk and prices have grown. According to RealtyTrac, the November median sales price, which includes both equity and distressed homes, was $190,000, a 15 percent gain from the previous year.
This is where the opportunity could be. Prices are up 35 percent from a low of $141,000 in March 2012, but they are still 20 percent below the previous peak of $237,537 in August 2006. If you've already purchased your home, you have already ridden that wave, plus have more distance to go.
As a buyer for your next home, you're still under all-time price highs, and with the reduction in down payment requirements from the Federal Housing Agency, you can get an FHA-guaranteed loan up to $417,000 or more in some high-cost areas.
If you have your home rented, particularly under an 18-month or two-year lease, you can qualify for another home as if you're not already carrying one. That depends on if you have good credit scores, low debt levels, and steady income, of course.
While your house payment isn't tax-deductible, the depreciation and some improvements you've made on your home to prepare it for the market are tax-deductible. Talk to your tax accountant about legal deductions so you can minimize profits and paying taxes on the profits.
The housing industry is carefully watching what the Millennial's are doing. You'll be ahead of the tide when this largest demographic in American history starts to buy homes in greater numbers, which they are expected to do in 2015.
The National Association of REALTORS®research division says that renter households have increased by 4 million since 2010 while homeowner households have decreased by 1 million. At the present rate of sales, it will take at least two years for homeowner households to increase, and many years beyond that for the number of homeowner households to reach historical means.
The typical homeowner today has a household net worth of around $200,000. Meanwhile, renters aren't benefiting from the rise in prices and are facing annual increases of their own in the form of higher rents.
Rents are at a seven-year high, and low interest rates and moderating price growth are likely to entice more buyers to enter the market in 2015, but with homes already at a 5.1-month supply, there won't be enough inventory to go around and the market for renters will increase. There are also lingering headwinds -- tight credit and lack of wage improvement that may keep some households renting instead of buying.
There has been an increase in the median age and income of the average buyer, as well as in multi-generational household formations as adult children and elderly family members move back in with their families.
Compliments of Blanche Evans

www.tanyourhideinoceanside.com
at January 24, 2015
Email ThisBlogThis!Share to TwitterShare to FacebookShare to Pinterest