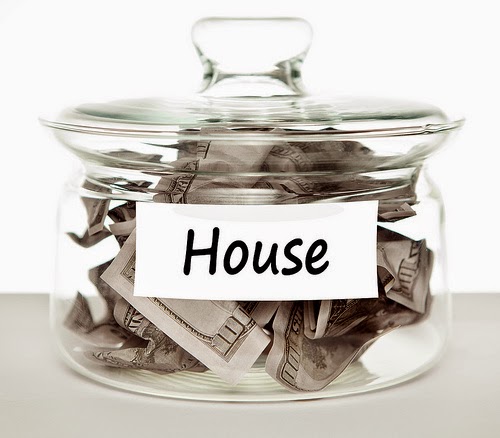 Perfect New Year’s Resolution: Save for a House

For many Americans, the jump into the new year marks an important step forward toward achieving a New Year’s resolution, and saving for a down payment to buy a home may be among them.
Saving for a Down Payment:
But that goal can take some time, and lots of savings commitment. Thirty-seven percent of recent home buyers say it took them six months or less to save for a down payment to buy a home; 15 percent saved for six to 12 months; and 10 percent>
say they saved for 12 to 18 months for a down payment, according to the 2014 Profile of Home Buyers and Sellers survey, published by the National Association of REALTORS®.
Saving for home ownership often requires some sacrifices too, recent buyers reported. Seventy-two percent of home buyers say they cut spending on luxury or non-essential items in order to save for a down payment, 56 percent reduced their spending on entertainment, and 45 percent trimmed their clothing budget in order to save more.


Home Ownership in the New Year:

But there is hope: Many buyers often find out they may not need as much down payment as they originally thought to purchase a home. For first-time home buyers, the median down payment is 6 percent, and 13 percent for repeat buyers.
“There’s still mis-perception out there that a much higher down payment is needed, while that’s not the reality,” said Lawrence Yun, NAR’s chief economist, in a recent statement based on pending-home sales contracts inching up.
What’s more, for Americans who are able to save for a down payment to purchase a home, they often find meeting this New Year’s resolution has a big payoff in the end.
“Seventy-nine percent of recent buyers believe their home is a good financial investment, and many believe it is a better financial investment then stocks,” Yun notes about NAR’s survey findings at a recent blog post at NAR’s Economists’ Outlook blog. “Aside from the financial investment, buyers were able to successfully complete their goal which was just to own a home of their own.”
at January 03, 2015
Email ThisBlogThis!Share to TwitterShare to FacebookShare to Pinterest