FHA And VA Certification Are Useful For Condominium Developments 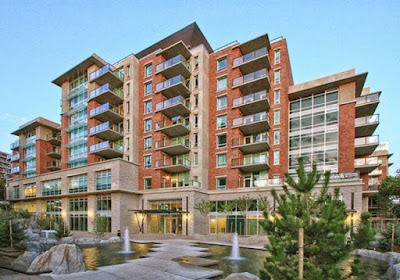 Buyers who qualify for FHA and/or VA mortgages are frequently shut out of purchasing opportunities because there are many condominium developments that have not obtained approval from the FHA or VA. A recently-approved law in California aims to help rectify that situation.

On Wednesday, August 12, Governor Jerry Brown signed into law>>>>
Assembly Bill 596 (Daly), a bill that will require condominium homeowner associations (HOAs) to disclose to their members whether their developments have been approved for FHA or VA financing.

The disclosure will occur each year and will accompany the annual budget report that each such HOA is required to distribute to members 30 to 90 days prior to the end of the fiscal year. The annual budget report includes, among other things, information regarding the HOA's operating budget, a summary of its reserves, information about insurance coverage and information regarding outstanding loans. AB 596 adds the requirement that, on a separate piece of paper in at least 10-point font, there will be statements saying whether or not the development has been certified by FHA or the Department of Veterans Affairs.


Those disclosures will be prefaced by a statement saying, "Certification by the Federal Housing Administration may provide benefits to members of an association, including an improvement in an owner's ability to refinance a mortgage or obtain secondary financing and an increase in the pool of potential buyers of the separate interest." A similar statement referring to VA will also be included.
The thinking behind AB 596 rests on (at least) two premises: (i) Many condo owners do not know whether or not their development is FHA or VA approved; and (ii) many condo owners do not realize that having FHA or VA approval increases the marketability of their units.

It is presumed that increasing owner awareness in these regards will result in encouraging, or prodding, HOA boards of directors to seek the appropriate approvals.
There are more than 50,000 common interest developments in California, consisting of more than 4.8 million units. That is approximately one-quarter of the state's housing stock. 56% of those common interest developments are condominiums. Fewer than 30% of them are approved for FHA financing. The proportion with VA approval is even lower.

There are a number of reasons that, to date, have not been more associations obtaining approval from FHA and/or VA. One, perhaps the major one, has simply been ignorance about the situation. AB 596 aimed to correct that. Another is that going through the application process -- even if it is not terribly difficult -- is not something that a typical HOA director wants to spend time on. Some have management companies that can handle the process; others don't.

Some individuals and organizations will provide the service at a price. During testimony regarding the legislation, prices quoted ranged from $600 to $2,000.
One erroneous, and somewhat insidious, belief that has been known to deter HOAs from seeking certification is the mistaken belief that FHA or VA programs are "subsidized housing", a form of welfare.

There are those who don't want their developments to be available to such programs.
Mostly, though, it appears that lack of certification is simply a result of general ignorance about the process and its benefits. AB 596 is one way to address this. Another possibility is the action of Realtor® organizations. I am proud to say that my local association, the Orange County Association of REALTORS®, has engaged in award-winning efforts to provide relevant information to HOAs. They have developed a short video that explains the processes and the benefits. It can be viewed and ordered at the web site at www.ocar.org.

at August 18, 2015
Email ThisBlogThis!Share to TwitterShare to FacebookShare to Pinterest